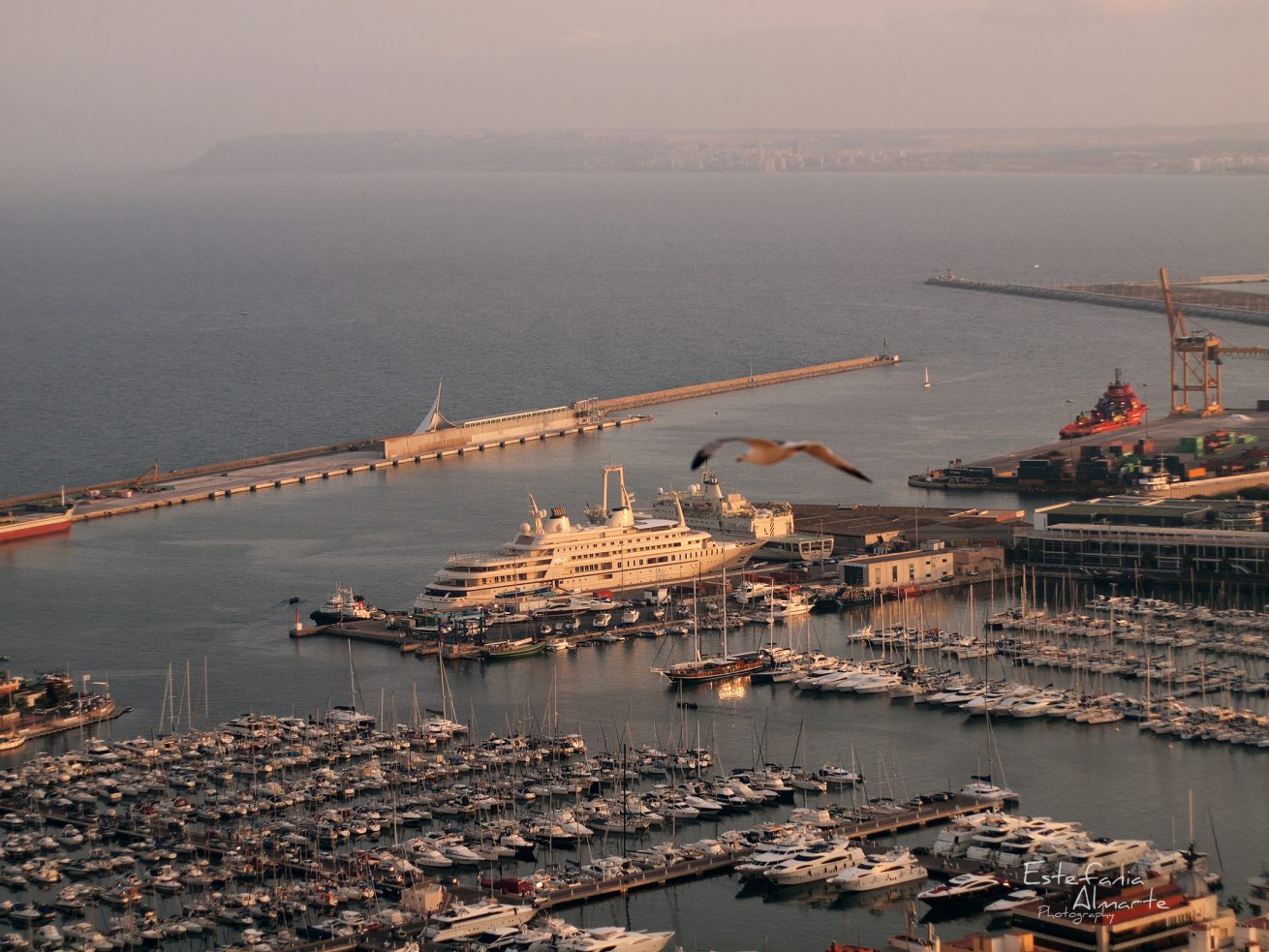 My Journey in Photography

The following are a selection of my favourite images taken during the year 2012 whilst in Spain and before moving to England. I was still using my Olympus E-620 with my kit lenses, however I mostly used an analogic Zeiss 50mm fixed lens. 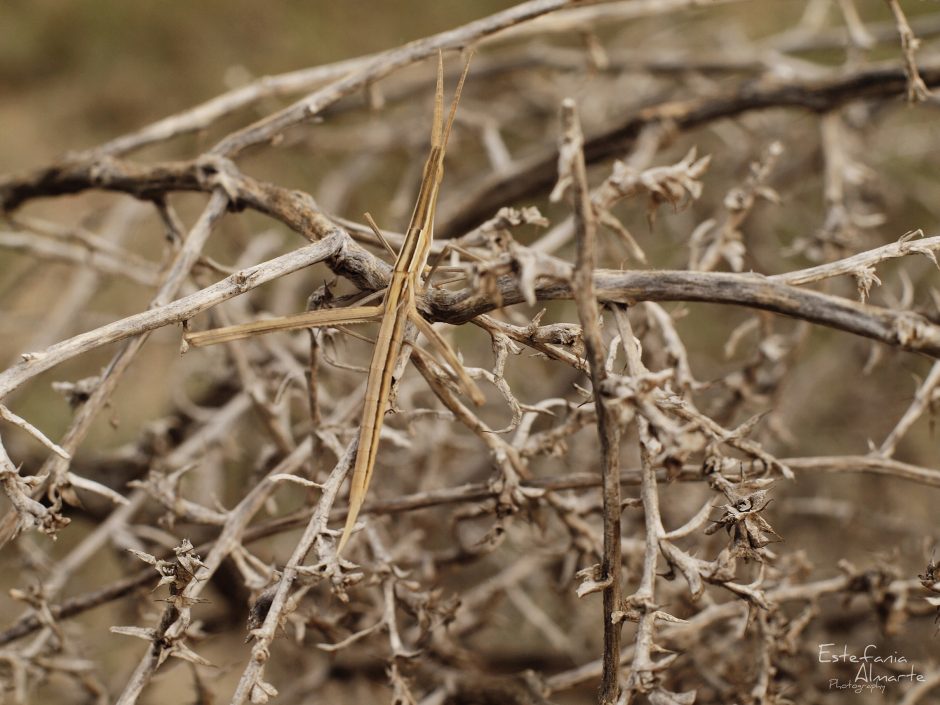 This is the first photo of a stick insect I took as I went for a walk. Looking through my photos nearly ten years after I almost deleted this photo thinking it was just a bunch of dry twigs, only to realize moments later that there was something odd about it! 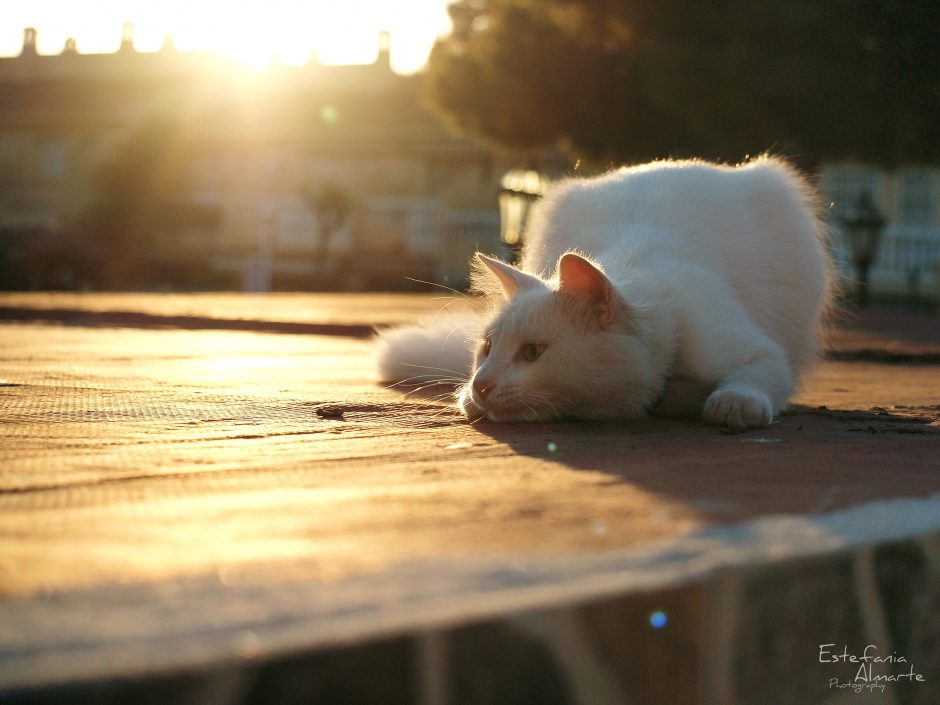 This image of my pet cat Merlin is my favourite of the thousands of photos I must have taken, it got a lot of praise and popularity from Flickr as well back then. I had been playing with him for hours by the pool, at the time of this image the sun was starting to set, and I tried to get it in the shot, so I used a long grass stem to get Merlin to hunt and pounce on it, whilst one-handedly taking photos at the same time. I think it is safe to say that a lot of effort went into taking this photo, thankfully the lightweight body and rotating LCD screen of my Olympus camera allowed for this photoshoot-play-with-cat combo! 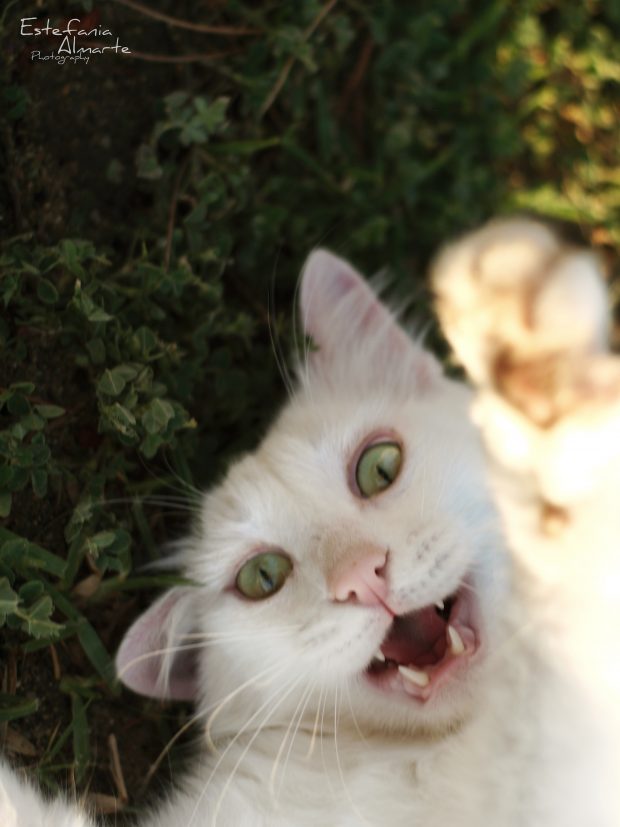 Merlin also enjoyed play-fighting with my hand, I wouldn’t trust doing this with most cats I have known, but I’d had him from a little kitten and trained him to know the limits of how hard to bite and to not scratch. 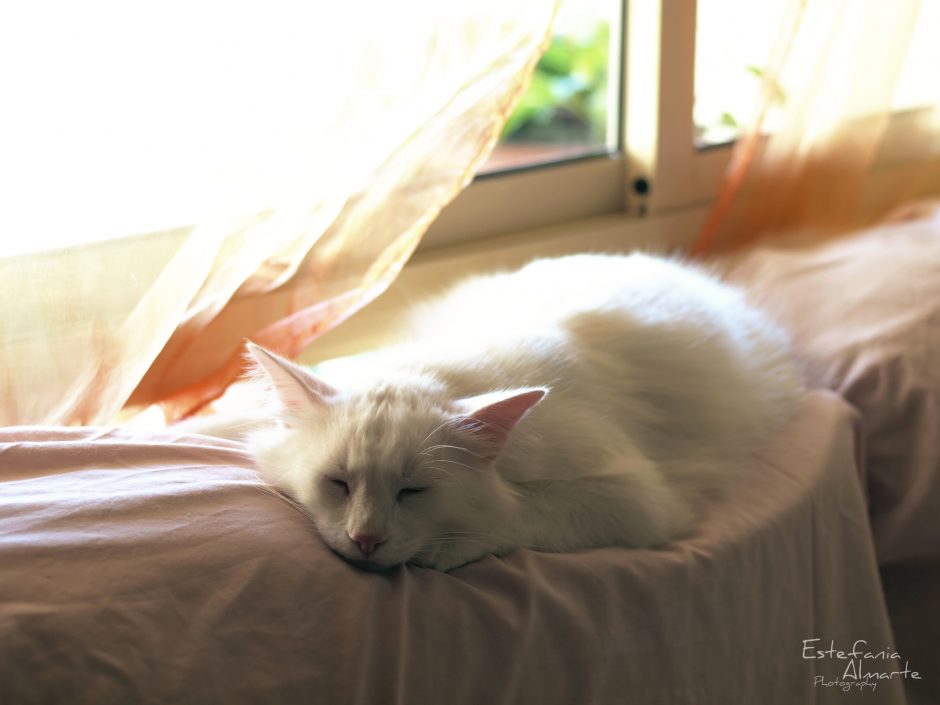 After a long and exhausting (for me mostly!) day of playing, he would jump in through the window and lay on top of the couch, under the soft breeze during a  summer’s day. 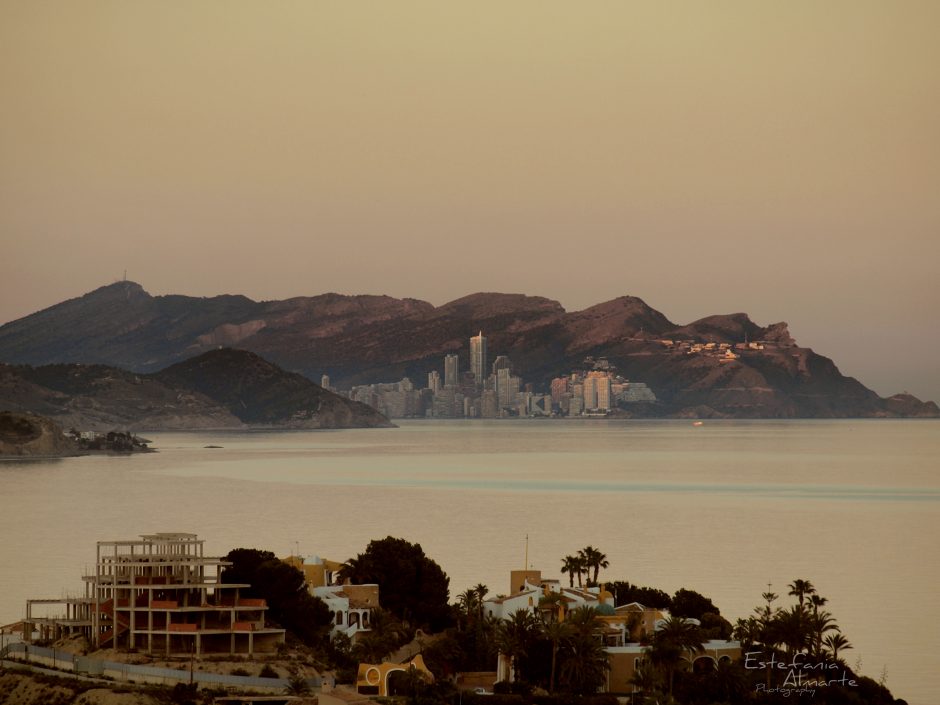 A couple of kilometres from where my house was, I had access to this view of Benidorm (and some houses which would never be finished at the foreground). The view was always the most beautiful at sunset hours, with the sun reflecting the golden light on the edges of the rocky-mountains encompassing the tall buildings. 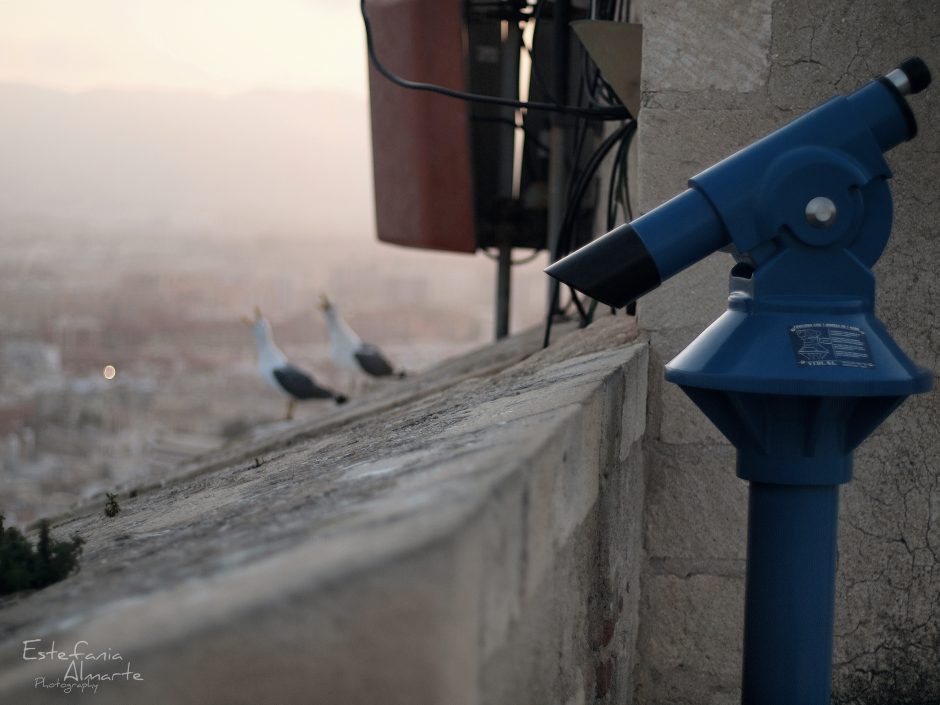 Some of the most beautiful sunsets I have seen have been from the top of ‘El Castillo de Santa Bárbara’ from the top of a castle in Alicante you will probably come across other visitors appreciating the views, in this case ‘las gaviotas’ (Seagulls). 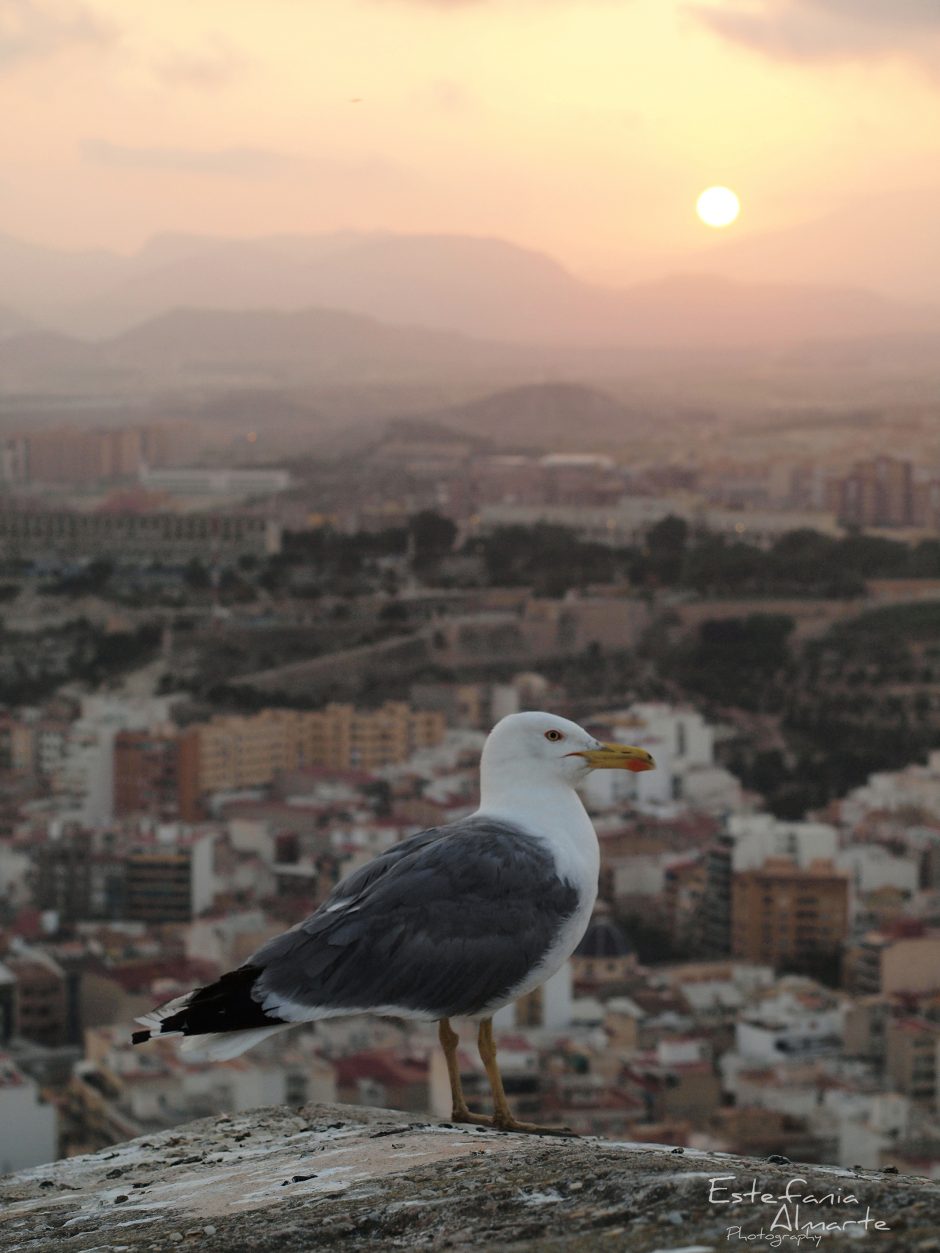 From up here you can clearly see the extensive buildings in the old town with our personal tour guide ‘Gavi’. 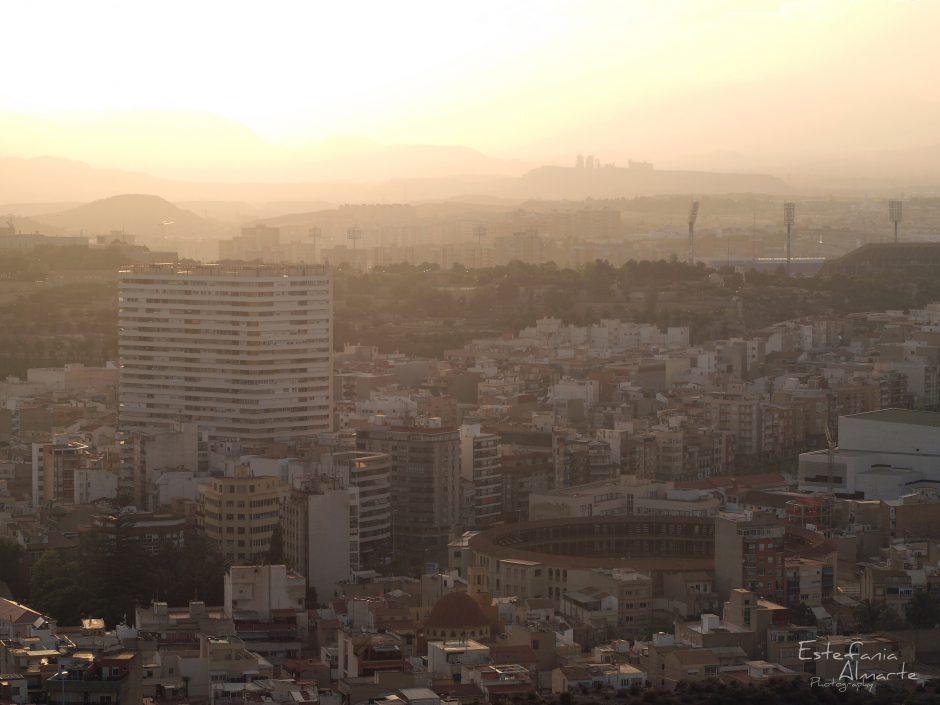 Gavi allows us to see some more of the view after finishing his presentation. 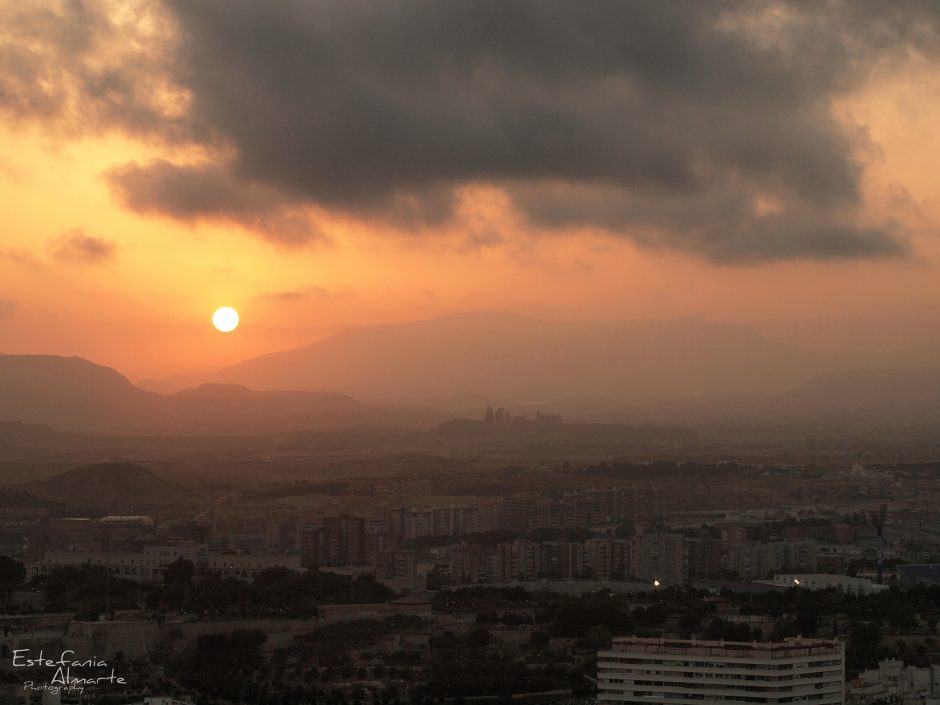 The sun is starting to set over the old town. 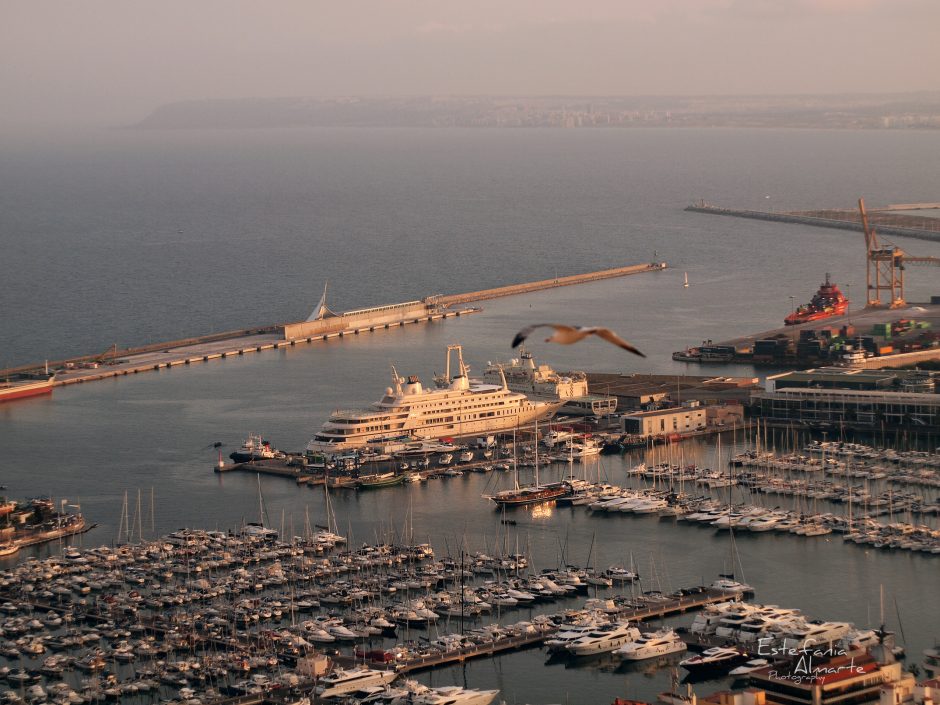 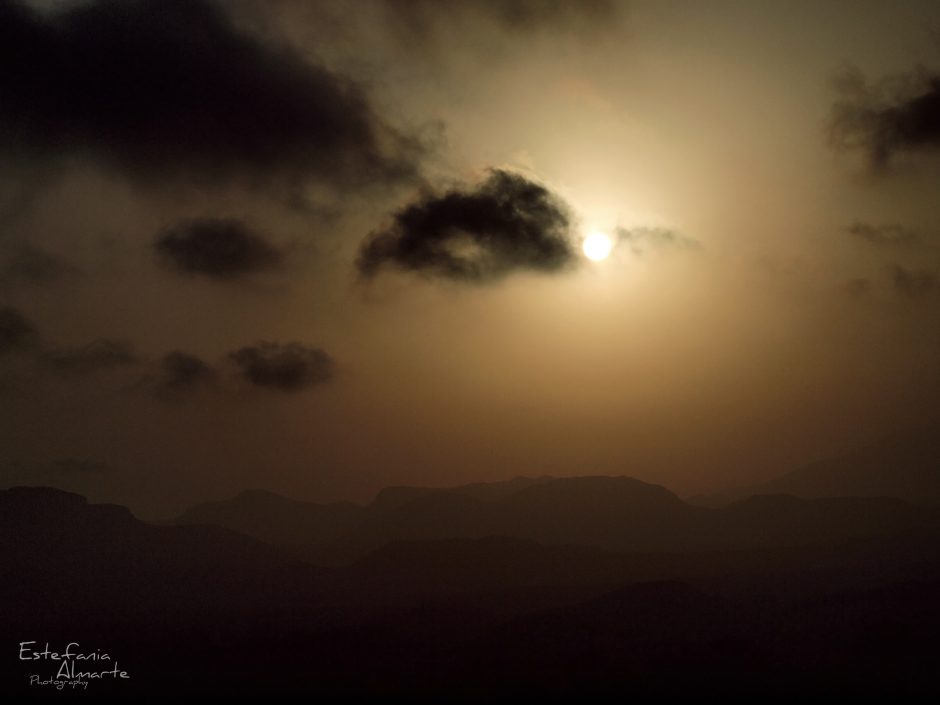 At this point, the clouds are trying to cover-up the sunset. 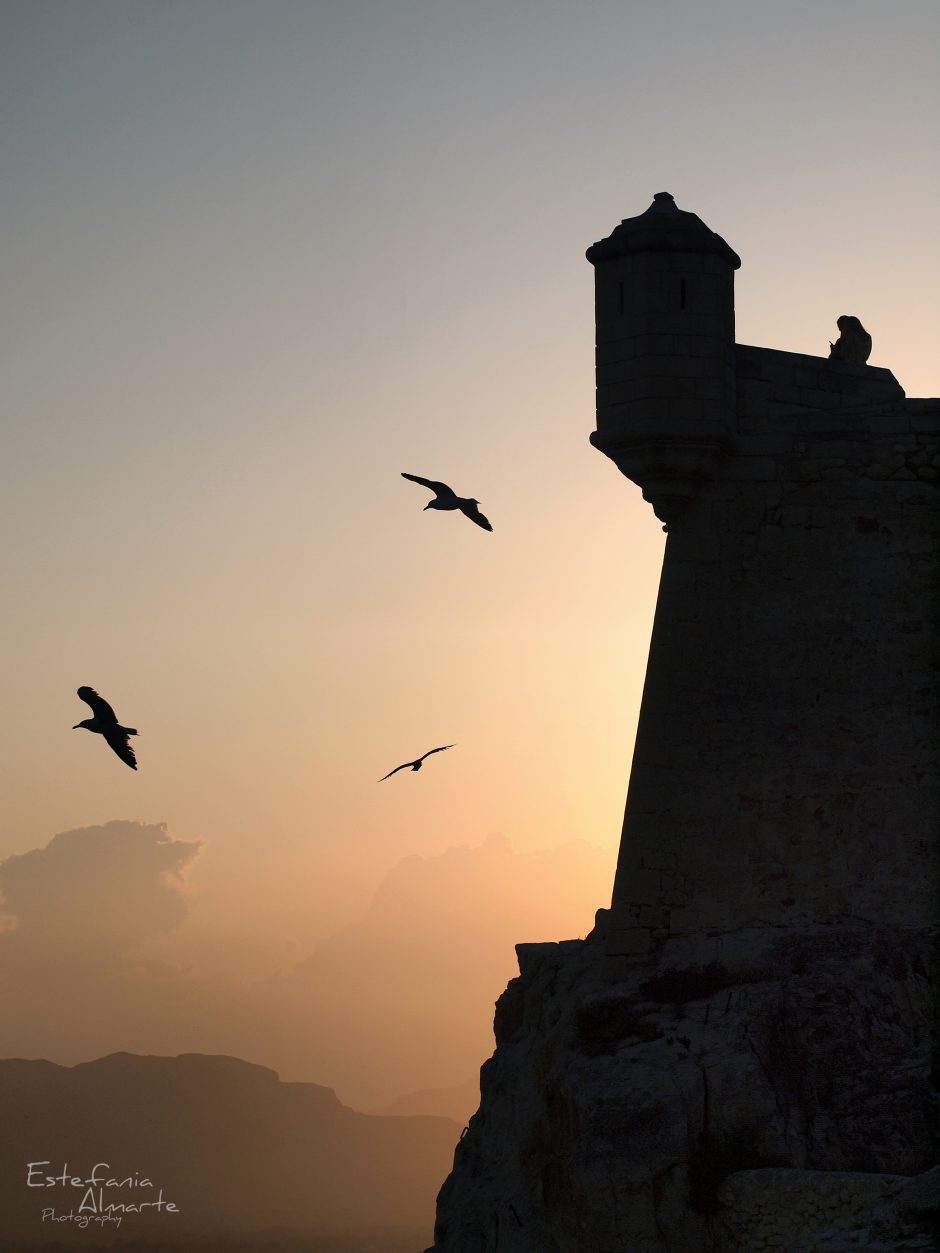 A view from a smaller castle and a few herring gulls circling around as they enjoy the last few minutes of daylight. 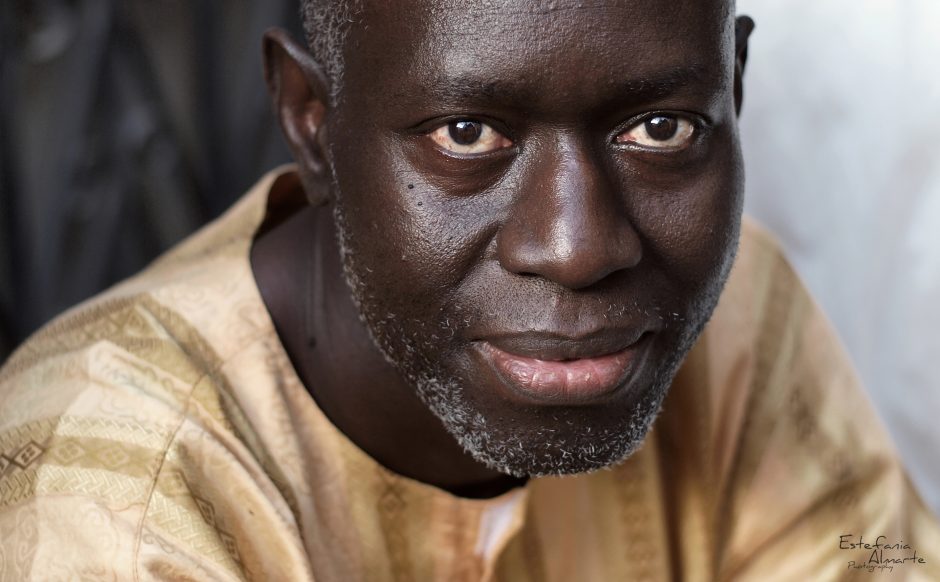 To wrap up this series of photos from Alicante I thought I’d share one of my favourite portraits of a stranger I have taken, especially considering it was early in my photography journey and that I still had an entry-level camera.

In my eyes, this particular image still holds the magic I had witnessed as I pressed the shutter and then saw it on my screen, somehow, I managed to capture that exact instant where for a fraction of a second you are able to see into someone’s soul. This has only occurred again years later, when I visited the South Pacific islands  of Fiji and Vanuatu – I will post this portraits in a future post . Something else that amazes me from this image, is the clarity and quality of the image itself, the tonality, sharpness, and overall quality is excellent, and this if before any editing (first image).

Even now (owning a full frame Nikon D-600), I don’t always achieve the clarity, tonality and sharpness I wish for all at once. Many times, this requires either post editing, or changing the in-camera setting a few times. In moments like this, where you have to be quick to get the photo you want, all of your settings (if shooting manual) including the focus point and composition all have to be there – as this was a candid photo of a stranger, he had actually said he didn’t want a photo and after a quick chat I cheekily took this photo as well as one of his friend (I somehow knew he wouldn’t object to a non-posed quick portrait) and afterwards showed him and gave him a card and sent his photo and his friends over email, which they replied to saying that they loved it (!).

Usually, I don’t tend to take photos of strangers if they say no, but they seemed to just be a little shy. It has been a while since I have taken photos of strangers, but even back then, I would only take a photo if  it really inspired me and there was a positive mood. I realize this is what I love most about this photo, the positive impression and experience, for me this is what photography is all about, enjoying the process and what memories leaves you with.

P.S. I will try to post every couple of months, so hopefully see you here soon!